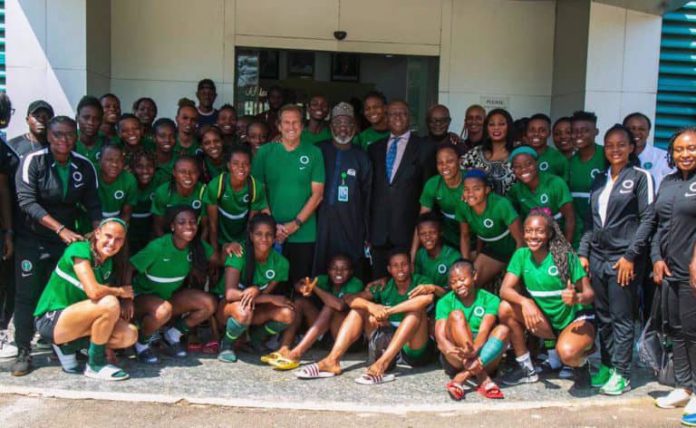 Nigeria’s Falconets were merciless in churning out goals as they thumped hosts Congo 4-0 in the first leg of the FIFA U-20 Women’s World Cup qualifiers in Brazzaville.

The match, played yesterday at the Stade Alphonse Masssamba Debat, is the third round of the African qualifiers for the mundial billed for Costa Rica next year.
Goals from Mercy Idoko, Flourish Sebastine, Esther Onyenzide and Ajibola Deborah spoilt the tea party for the host country at their home ground.

The winner on aggregate in this fixture will proceed to the ultimate round scheduled for next month, where three teams will emerge to fly Africa’s flag at the FIFA U20 Women’s World Cup to be hosted by Costa Rica in August 2022.

The second leg comes up at the Mobolaji Johnson Arena, Lagos on Saturday, 18th December.

Enroute to their sojourn to Congo, Falconets, two-time World Cup silver medalists, pummeled their counterparts from the Central African Republic 11-0 on aggregate.

KNCHR demands a probe on death of IEBC official, arrest of...

Sheffield United to part ways with Chris Wilder on Friday