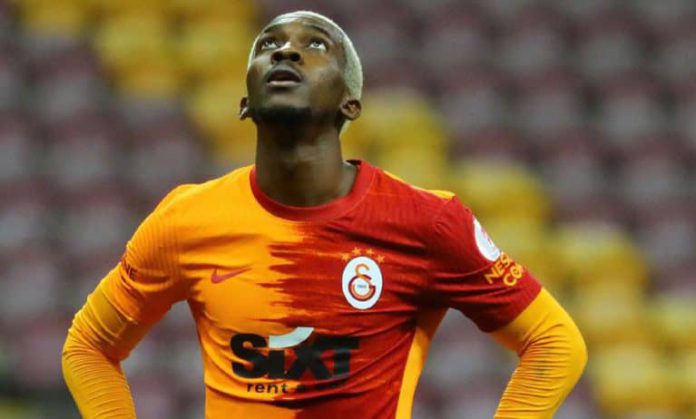 Super Eagles striker, Henry Onyekuru, has been linked with a potential move to Turkish giants Besiktas, Galatasaray and Fenerbahce.

The former Everton forward has struggled to hit the ground running at Olympiakos since his 4.5million Euros move from AS Monaco last summer.

Onyekuru has only one goal in 21 appearances for the Legends, and the Olympiakos hierarchy feels the 24-year-old is dispensable.

According to Sporx, Besiktas, Galatasaray, and Fenerbahce are looking to weigh in on the opportunity this January. However, Olympiakos will not let the Nigeria international go on a cheap.

Galatasaray and Fenerbahce were after his signature last summer, but they were unwilling to meet AS Monaco’s valuation of the player, giving Olympiakos the chance to swoop in for him.

Onyekuru is not a stranger to Turkish football. Asides from the Belgian Jupiler League, the only place the Onitsha-born forward has had a lot of joy is the Super Lig.
Onyekuru also has a Turkish Super Lig trophy to his name.

‘I’m happy ‘contracts for sale’ exposé didn’t die like others’ –...

I’m not convinced by Aikan Capital’s plan for Ecopark in Achimota...