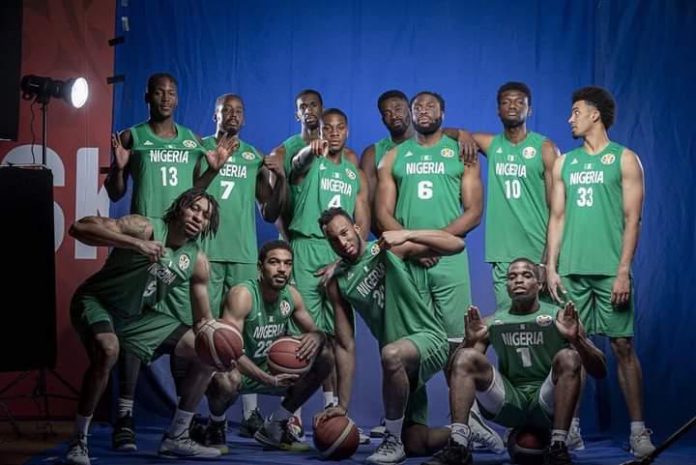 The Nigerian Basketball Federation (NBBF) has cleared the air surrounding the delay of the national teams’ kits ahead of their participation in the Tokyo Olympics later this month.

As the Nigerian national basketball teams prepare for the Olympics, reports have begun to surface concerning the kits meant for the players.

The most prominent is the claim that the Nigerian Customs Service (NCS) seized the kits at Apapa seaport while demanding a sum of N35 million from the NBBF to clear the merchandise.

But in a chat on Tuesday, Babs Ogunade, a board member of NBBF, refuted the claims that the kits were seized by the customs.

He also explained that the delay in getting the kits out of the port was due to “a lack of documentation and miscommunication between the ministry of finance and the ministry of sports.”

According to him, Peak, the teams’ kits sponsor with whom the NBBF has a 4-year contract, shipped in the wears, and the federation needed a waiver to clear the merchandise.

He added that the NBBF, being an agency under the sports ministry, needed its principal to correspond with the finance ministry concerning the waiver.

“There’s no seizure anywhere. Nobody has seized anything. These are conflicting information. There’s nothing like that,” Ogunade told TheCable.

“The kits were donated to the Nigerian government via the Nigerian Basketball Federation (NBBF) from Peak — our kits sponsors. They were delivered for the Olympics game, and they landed a while ago. Still, there’s been a lack of documentation and miscommunication between the ministry of finance and the ministry of sports. Just to get a waiver because it’s free.

“They are our sponsors, and they’ve been sending us kits before. We have a four-year contract with Peak. So it’s not new. The Olympic kits just came at a time that we needed a waiver. So in order to get a waiver, we have to go through the ministry of sports, which will then write to the ministry of finance. We, NBBF, cannot write them ourselves and the process had to involve Nigerian Custom Service (NCS) and stuff. It’s a lot of rigmarole.

With the Olympics set to begin on July 23, Ogunade said the federation hopes the sports ministry sort out the miscommunication and collect the kits which would be worn by the D’Tigers and D’Tigress.

“We are hoping that they can speak to each other and fast track the communication and get the uniforms out,” he added.

The development isn’t strange to athletes representing the country at the Olympics. In 2016, kits meant for Team Nigeria at the games in Rio didn’t arrive until 3 days before the end of the competition.

The glue of the ANC coming unstuck internally, says expert