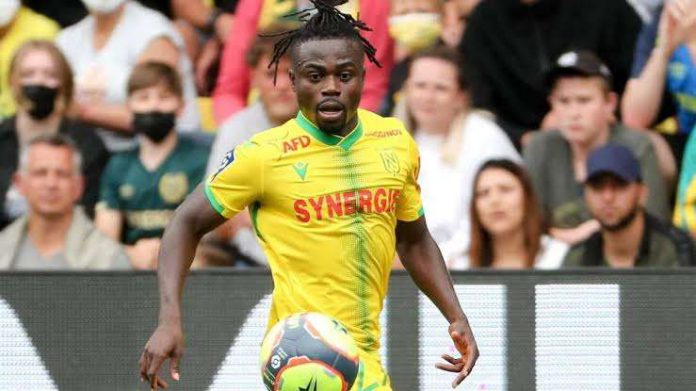 Super Eagles forward Moses Simon was in action but could not prevent Nantes from losing 4-0 to Paris Saint-Germain in the 2022 French Super Cup on Sunday.

Simon featured for 90 minutes but failed to inspire Nantes to a first Super Cup win since 2001.

Brace from Neymar and a goal each from Lionel Messi and Sergio Ramos earned PSG a record-extending Super Cup as they secured their 11th title.

Both PSG and Nantes contested in the Super Cup after emerging champions in Ligue 1 and French Cup respectively.

Messi opened scoring in the 22nd minute before Neymar made it 2-0 five minutes of added time in the first half.

In the 57th minute Ramos added the third goal and Neymar netted the fourth from the penalty spot.

Krobea Asante School: Committee to be set up to probe vandalism

Joshua, Usyk Rematch To Be Stage In UK— Promoter

Increasing calls for Ruben Dias to be named Player of the...