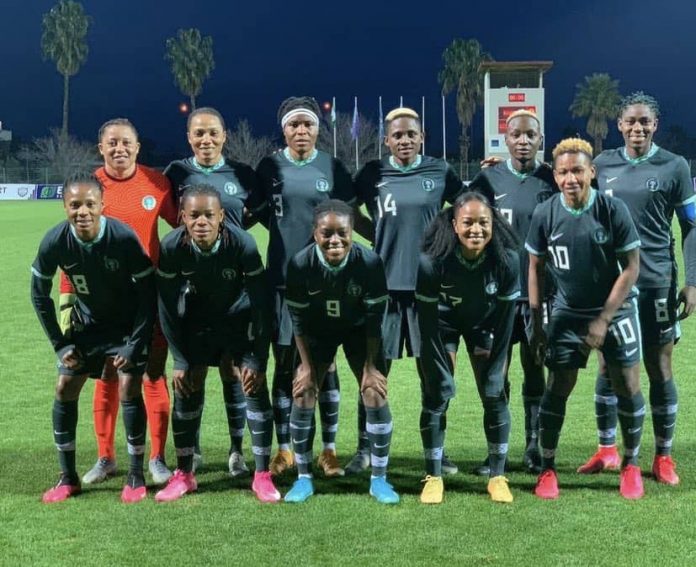 The U.S Women’s National Team defeated the Super Falcons of Nigeria 2-0 at the US Summer Series four Nations Tournament at brand-new Q2 Stadium in Austin, Texas.

Christen Press put the top-ranked US Team ahead at the edge of the first half (47 minutes) while Lynn William wrapped up the lead in the last minute of the additional time (93 minutes) to earn the African champions the second defeat in three games in the competition.

The nine-time African champions had lost 0-1 to Jamaica before a surprised comeback that earned them a point in the dramatic 3-3 with Portugal.

The Randy Waldrum-led team played their best match against Portugal and would have won the the second match of the competition but for the shaky defense.

However, the defense was better composed against the USA Women’s National Team while the attack went to sleep despite the inclusion of Uefa Champions League winner, Asisat Oshoala and Franscica Ordega leading the attack.

Before the USA Summer Series, Super Falcons in February in Turkey handed a 1-0 win to Uzbekistan and 9-0 wallop to their African sisters, Equatorial Guinea.

Ronaldo Wants To Return To Real Madrid This Summer

Dare bags Award of Excellence from SWAN in Ibadan