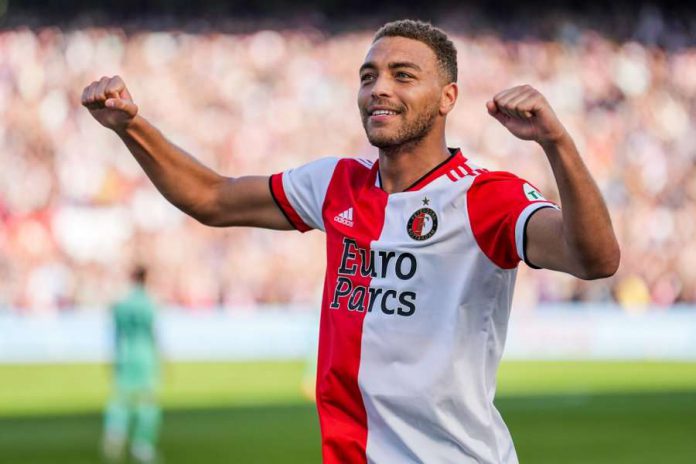 All seems not to be well as the management of the Belgian Jupiler league side RKC Genk is furious following the trip of Super Eagles forward Cyril Dessers to Denmark.

The Nigeria international was spotted with the management of the Danish side FC Copenhagen during the week and speculations of him joining them were raised.

The Limburger acknowledged that there is an interest from the club for his services but going there on a visit without the consent of the club was seen as not too good.

“Cyriel’s broker Stijn Francis had reported that there was interest from FC Copenhagen, but the (Danish) club has not informed us at all.

“We don’t think this is the right course of action.” club official Conde told Belgium news outlet. Dessers was on target for Genk last weekend in their 3-2 loss to the Champions Club Brugge.