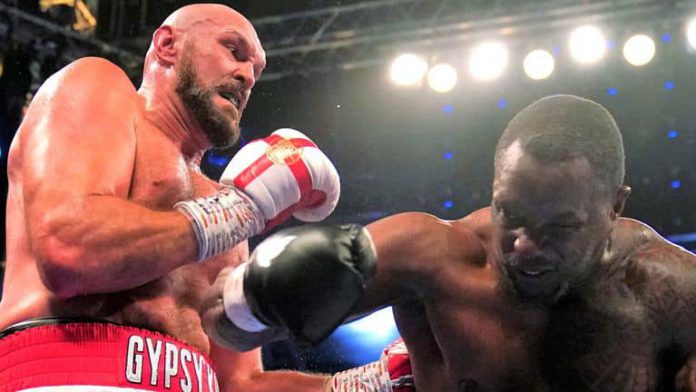 Tyson Fury retained his WBC heavyweight title with a sixth-round TKO of Dillian Whyte on Saturday before 94,000- plus at Wembley Stadium, a right uppercut that sent the challenger crashing to the canvas.

Dillian Whyte, after receiving that brutal right uppercut, got to his feet before the count of 10. But when asked to walk forward by the referee, he stumbled into the ropes, and the bout was waved off by referee Mark Lyson.

The 33-year-old was making the second defense of the title he won from Deontay Wilder in 2020 via seventh-round knockout.

Fury followed that victory with an 11th-round KO of Wilder in October.
Prior to the fight, Fury hinted at the possibility of retirement following his title defense. Following his dismissal of Whyte, Fury suggested he was indeed ready to hang up the gloves.

Speaking after his victory, Tyson Fury said: “First of all, I want to say I dedicate this to my lord and saviour Jesus Christ. In his name I won this fight in my lively country. In my England. We are Spartans.

“I promised my lovely wife Paris of 14 years that after the Wilder 3 fight that would be it, and I meant it.

“And now it’s all gone I have to be a man of my word and think this is it. This might be the final curtain of the Gypsy King.”
The undefeated Fury has been linked with an undisputed world title fight against the winner of Anthony Joshua’s rematch with Oleksandr Usyk, but the 33-year-old appeared to suggest that he would retire following this victory.