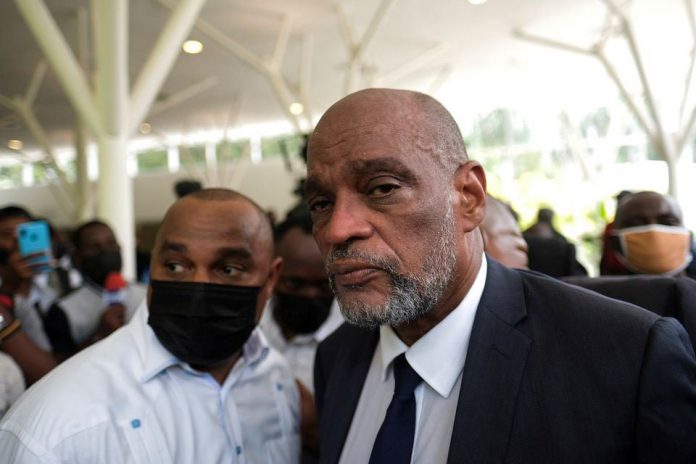 Prime Minister of Haiti, Ariel Henry reportedly survived an assassination attempt over the weekend by gunmen in the northern city of Gonaïves.

Henry, who has been de facto running the country since the July assassination of president Jovenel Moise, was reportedly attacked during an event on Saturday January 1, commemorating the Caribbean country’s independence.

Video footage broadcast on social media showed Mr. Henry and his entourage scrambling toward their vehicles as an armed group began shooting outside the cathedral in Gonaïves.

The police, who described the attack as the work of “armed groups,” were unable to immediately confirm casualties. Haitian media said the shooting killed one person and injured two more.

EFF Calls for Bain & Co to be banned in South...

Football CAN : « Ne me parlez plus des footballeurs africains...

Anybody Buying APC’s Presidential Form At N100M Should Be Arrested And...