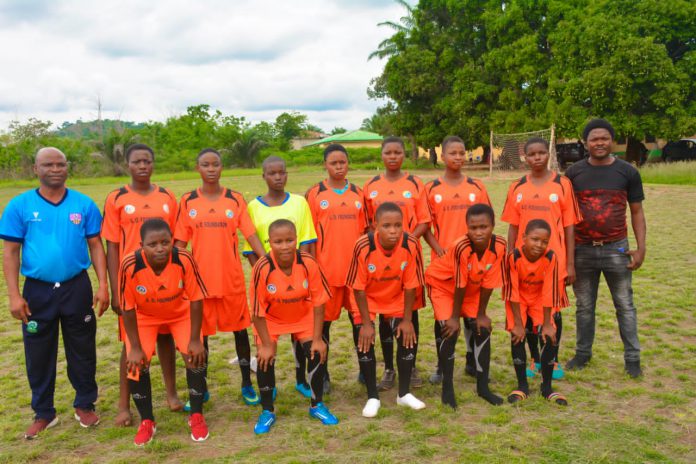 The organisers of the Professor Akin Oyebode U15 Football Competition; Ekiti football associatikn has released fixtures for the semi finals matches of the competition.

According to the fixtures made available to Tribunesport by the Chairman of the Association, Mr Bayo Olalonge via WhatsApp, Ire/Ifelodun LG will take on Efon Lg, while Gbonyin LG will slug it out against Ado Ekiti LG at the Ikole Township stadium this weekend.

In the girls category; Lionsgate Women will fight for final slot against Fatoba Queens and Golden Fc takes on Osetoba Babes, Emure Ekiti in the second semi final at the same venue this Saturday.

To qualify for the semi final stage, Ire/Ifelodun LG defeated Oye LG by 2 nill while Ido Osi lost 0-1 to Efon and Gbonyin defeated Ekiti East by 3-1 with Ikole LG losing by 3-4 to Gbonyin LG.

Olalonge while chatting with Tribunesports revealed that the final will hold Sunday. He further disclosed that all necessary arrangements have been concluded by the Association to hold a hitch free semi finals and final respectively.

Justice Daniel Musinga sworn in as Court of Appeal president

I thought I would not be a mother again —Toolz