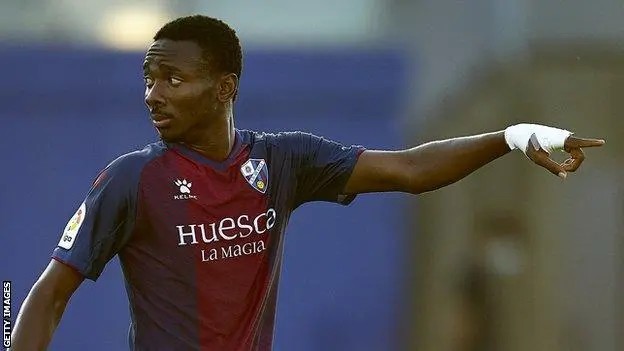 Huesca made the announcement on Tuesday in an official statement on the club’s website.

Nwakali featured for Nigeria at the 2021 African Cup of Nations and his contract with the La Liga Smartbank team was expected to end at the end of the current season.

Nwakali’s had courted the club’s ire after he arrived from the AFCON later than expected.
He had been on a collision course with the team’s coach Xisco Munoz ever since and was also reported to have rejected an opportunity to move to Burgos.

Nwakali has also had several disciplinary issues with the team and had a frosty relationship with the coaches.

Once dubbed one of the brightest prospects to emerge from Nigeria, Nwakali completed a move to Arsenal in 2016 after winning the Golden Ball award at the U-17 World Cup in 2015.

The midfielder played on loan at Maastricht while he was at Arsenal but couldn’t stay with the Gunners’ first team as a result of his lack of work permit at the time.