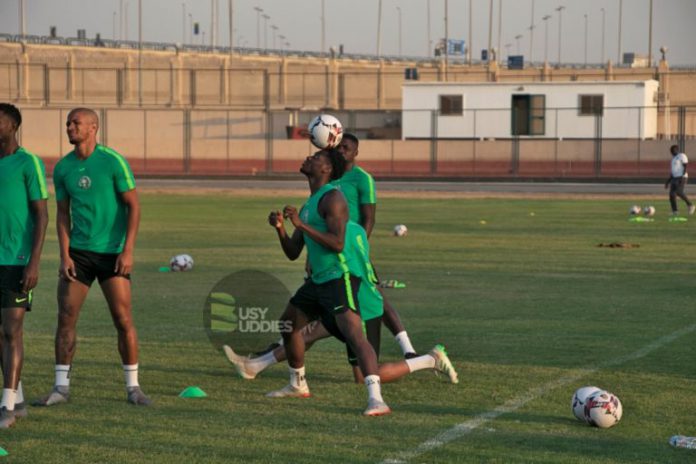 Chelsea academy product Ola Aina has backed himself to do well if selected by manager Gernot Rohr for the upcoming 2022 World Cup qualifying match against Liberia.

The former England U19 captain has been doing exceptionally well since returning to Torino for the 2021-2022 campaign after spending the entirety of last season at Fulham.
Aina has been involved in two of the matches played by the Super Eagles in 2022 World Cup qualifying, going the distance in the home fixtures against Liberia and Central African Republic.
Capable of playing multiple positions on the pitch but predominantly a right-back, Aina is competing with the likes of Kevin Akpoguma, Chidozie Awaziem and Shehu Abdullahi for a starting spot against Liberia.
Speaking to MTN Nigeria’s We Move with Super Eagles, Aina said : “We have to back our opinions with the performances that we display from game to game.
“We just take every game as it comes and we have to do our job, we have to perform well and play well as a team.
“When I am called upon to do my job for the national side I will do my very best, perform well for the team.”
Three-time African champions Nigeria will do battle with West African foes Liberia at the Stade Ibn Batouta, Tangier, starting from 1700 hours on November 13.

‘We will give them resources’: Ramaphosa hails new ‘wholesome’ Eskom board