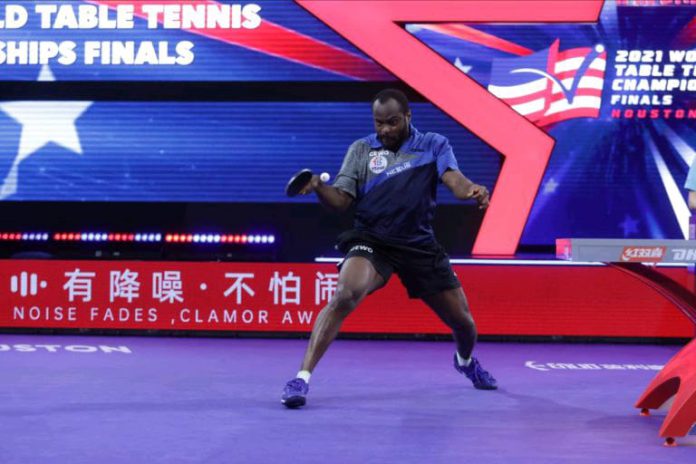 The hope of Nigeria table tennis star, Aruna Quadri bouncing back to winning ways was dashed in Xinxiang in the early hours of Thursday.

The German-based player has a tournament to forget in Macao in China last weekend as he lost to Sweden’s Anton Kallberg.

Despite the defeat, Quadri qualified to play in Xinxiang following the defeat of Tim Boll of Germany.

Quadri was in action in the early hours of Thursday and suffered a straight defeat to Lin Yun Ju.

It’s a second time for Quadri at the WTT Cup Finals after his debut appearance at the 2021 edition in Singapore.

Quadri is the first player from Africa to be ranked in the top 10. At club level, Quadri recently teamed up with TTC RhönSprudel Maberzell Fulda, a top club in the German Bundesliga Table Tennis.

Reverse was the case for Hana Goda, who won the U19 Girls’ Singles on home soil, defeating Sarvinoz Mirkadirova in straight games to take the WTT Youth Contender Cairo 2022.

“It was a very great win, especially in my home country and in front of all the people supporting me. “The atmosphere was really perfect and I hope that we can organise more WTT events in Egypt in the future,” said Goda

Load shedding to alternate between stages 3 and 4 this week

Ghana vs Nigeria: I Can’t Wait To Represent My Country –...